Welcome (Back)! Whether you are a longtime Black Girls Vote, Inc., (BGV) stakeholder or new to BGV, we are excited to re–introduce our monthly newsletter.

BGV is a national, nonpartisan, nonprofit organization with a community that inspires Black Girls to use the political process to improve the quality of life for their families and the collective community.

Our Founder, Nykidra “Nyki” Robinson launched Black Girls Vote on November 30, 2015, the birthday of Shirley Chisholm – the first Black woman elected to the United States Congress. And just as Shirley Chisholm, she sought to bring change through advocacy, outreach, and building our strength in numbers – which reflects the core purpose of BGV.

We believe our vote is our voice.

Because of this, we target all age groups and communities of Black girls and we do not only aim to engage, educate and empower Black girls: Black Girls Vote is dedicated to using our collective voice to transform areas where bias has the most profound impact on our lives.

We are powerful, dynamic, transformative, and impactful Black Girls using our vote as our voice.

We appreciate you joining, supporting and celebrating Black women.

Now let’s get into this issue. 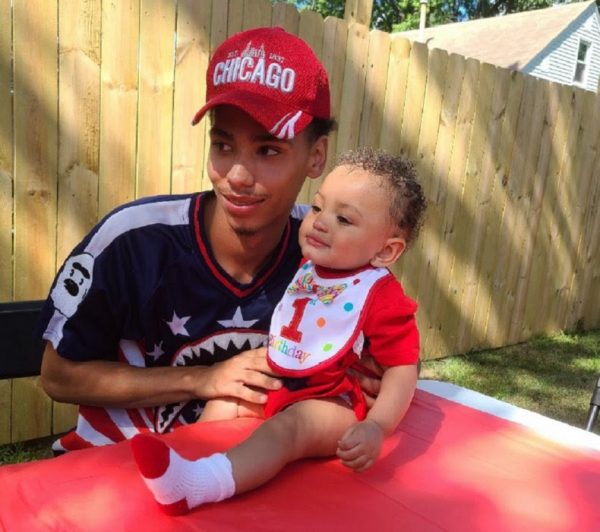 Daunte Wright was 20 years old. He was a father, a son, a brother, a grandson and a friend. On Sunday, April 11th, he was murdered by Brooklyn Center police Officer Kim Potter. Too many times in this country, we have to bury our sons, daughters, and relatives at the hands of police who view our deaths as accidents and our very being as threatening.

We are traumatized daily as we are subjected to videos of Black people being being killed by the police. These are not isolated incidents. There is a pattern of extrajudicial murder of Black people in this country and those who commit these crimes never being held accountable. Though we are tired of being killed at the hands of police, killing each other is also a travesty. Oftentimes, we become immune to it. It is time for us to unite and organize together when any one of us are killed, no matter the perpetrator.

Daunte, we will not give up. May you rest in power. We will not let your death be in vain.

Not many forces work harder than Black women leading a movement. From the fight for suffrage to today’s battle against voter suppression, Black women have been the backbone of political progression, even when they don’t get the return on investment they deserve.
A chorus of “Black women saved us again” tweets dominated Twitter timelines the morning after the Georgia runoffs. But here’s the truth: Black women aren’t showing up to save America. They’re showing up to save themselves. -Taryn Finley, HuffPost

Time and time again, America has witnessed what happens when Black women show up to the polls, mobilize, organize, engage and yes, save democracy…again. In celebration of Women’s History Month Black Girls Vote honored and celebrated the women who have sought and fought tirelessly to create spaces where we are the first, but never the only. Sponsored by Moët & Chandon, the digital campaign highlighted Black women leaders everyday from across the nation, from health care to education to politics to social justice advocacy. 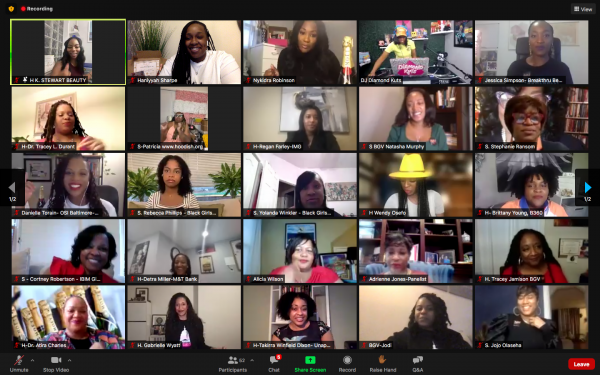 The month-long celebration concluded with an invite-only virtual event to celebrate all of the honorees along with a spotlight on our sisters we see shining. With music by DJ Diamond Kuts, the first and only female mixer to have a slot on Philadelphia Radio, guests also enjoyed an intimate panel discussion featuring MSNBC contributor and podcast host Brittany Packnett Cunningham, Director of the Open Society Institute in Baltimore Danielle Torain, and Senior Vice President for Hennessy U.S. LVMH Jasmin Allen — the first Black woman to have a senior vice president title at the company. Other guests included Major General Linda Singh, Dr. Wendy Osefo, and Madame Speaker of the Maryland House of Delegates Adrienne Jones and Dr. Atira Charles. 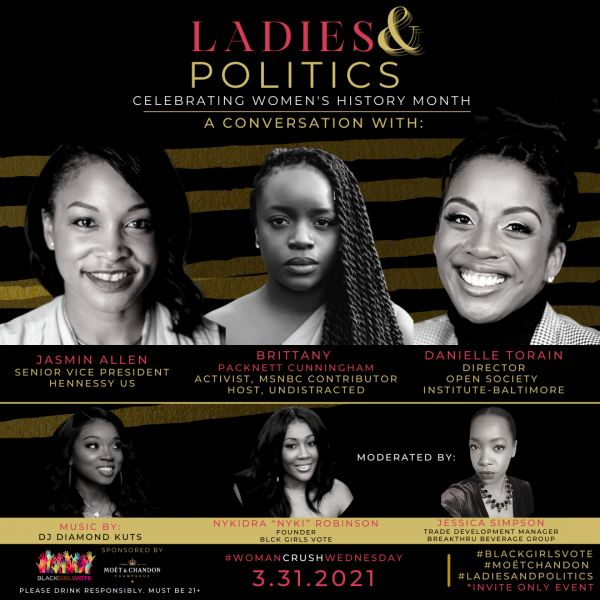 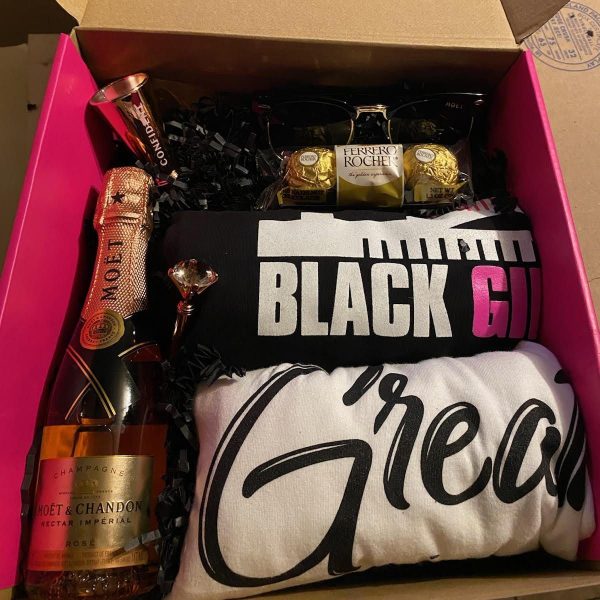 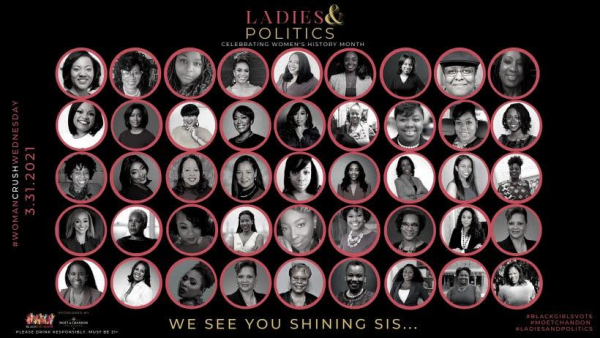 With Georgia On Our Minds, Black Women Must Mobilize For Ourselves
Through all the oppression, we continue to want better for an America that rarely wants better for us. 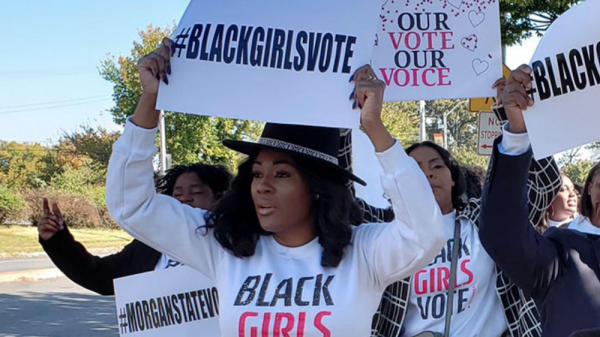 Black Girls Vote’s Founder & CEO, Nykidra Robinson, shares her perspective on the recent voter suppression laws in Georgia. These laws specifically target individuals from low-income, disabled, and Black communities.
Voter suppression is nothing new in this country. But what’s so startling about what’s happening in Georgia is just how blatantly racist and overtly oppressive this new law is, deeming it a crime to give out water and food to those waiting in line for hours just to cast a vote. It feels like we are back in the days of Jim Crow — a real sign that we have a long way to go during a moment of national reckoning on systemic racism. 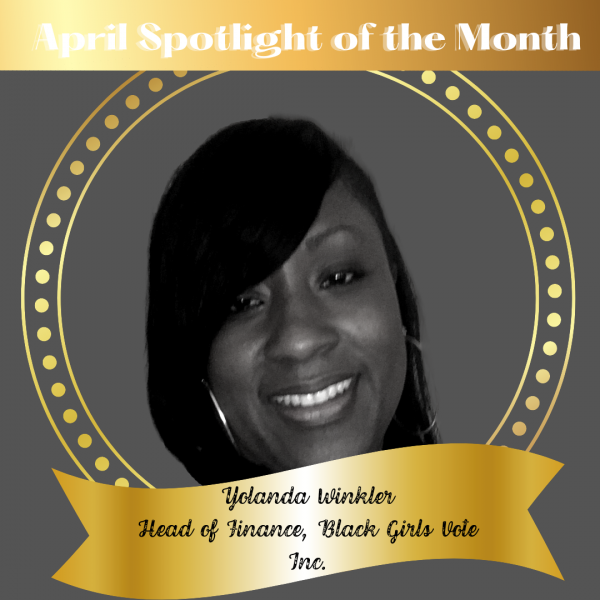 Ms. Yolanda Winkler is using her voice to make a difference in our community. Yolanda serves as one of our charter executive team members and current Head of Finance. Her tenacity and dedication are critical to the foundation of Black Girls Vote and overall growth of the organization. She holds degrees from Towson University and Morgan State University and is a member of Sigma Beta Delta Honor Society as well as Delta Sigma Theta Sorority, Incorporated.

With 14 years of service to Baltimore City as well as 22 years in government relations at city, county, and state levels, Yolanda, was the first African American and woman to serve in Baltimore County’s Governmental Affairs office, the first Chief of Communications and Strategic Alliance for Baltimore City Department of Public Works, President of the Baltimore Metropolitan Chapter of the Torchbearer Foundation, all while being president of her community association.

She is the recipient of the 2021 Baltimore City Department of Public Works Dynamic Women Award; 2021 ‘We See You Shining Sis’ honor; Leah’s Book Club Certificate of Recognition for Community Service; Delta Sigma Theta Delivering Justice, Serving the Public, and Taking the Lead Award. In 2001, Yolanda was especially proud to become a mother to Kristiana Milan, another incredible young Black woman on the move. We see you, Yolanda! Keep up the great work. 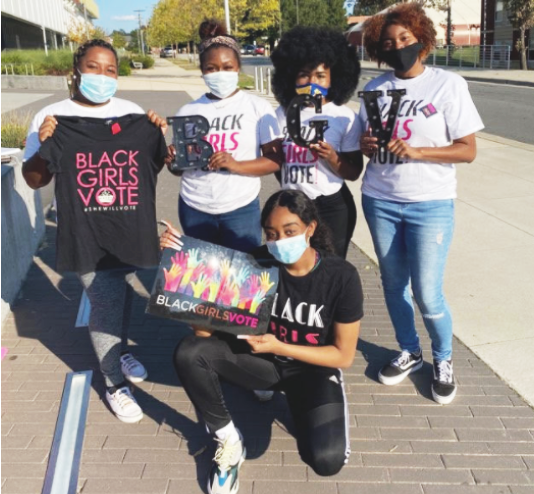 BGV was proud to support Maryland House Bill 222 during this 2021 session! Also known as “Value My Vote Legislation-Expanding Voting Rights in 2021,” this comprehensive bi-partisan bill aligns directly with our mission by allowing all Marylanders the right to vote while incarcerated or under correctional supervision. Black women are one of the most civically engaged groups of voters. However, Black women are also among the fastest growing incarcerated populations. This growth is largely due to Black women defending themselves in abusive situations, lack of resources to afford bail, as well as a number of non-violent offenses.
These challenges should not be a barrier to the ballot for women who are justice-impacted. Black Girls Vote called on Maryland leaders to join Maine, Vermont, and the nation’s capital in passing legislation to allow incarcerated and formerly incarcerated individuals to join the democratic process. 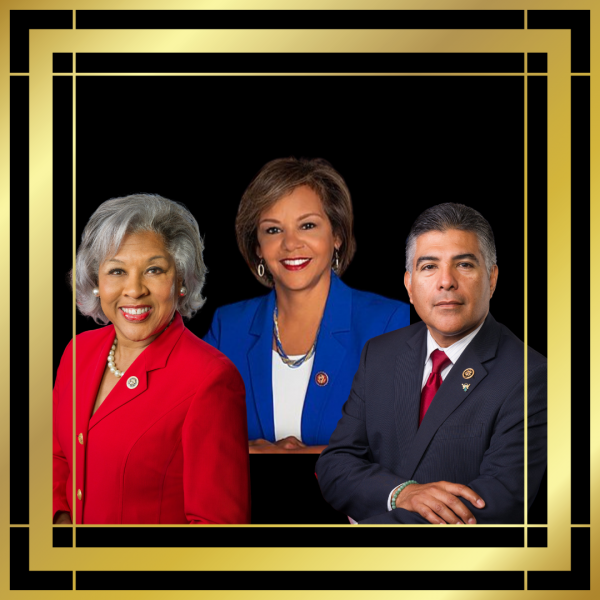 Congresswoman Robin Kelly (IL-02), Chair of the Congressional Black Caucus Health Braintrust and Congresswoman Joyce Beatty (D-Ohio), Congressional Black Caucus Chair have partnered with Congressman Tony Cardenas (D-CA) to petition the Biden-Harris administration to dedicate more resources and funding to communities most impacted by COVID-19. As a result, $10 billion will go to expanding vaccine access to communities of color, communities experiencing financial hardship, and other groups who are significantly impacted. One of those groups is dialysis patients. Renal/kidney disease disproportionately affects BIPOC (Black, Indigenous, people of color) and those from low-income backgrounds. Dialysis patients who contract COVID-19 are much more likely to have severe, and at times fatal, results.

Black women have been on the front lines of the COVID-19 pandemic. BGV is a proud champion of ensuring our communities have access to the vaccine and education about the impacts of COVID-19 on communities of color. Stay tuned for an announcement about an exciting partnership and our plan to protect our people! 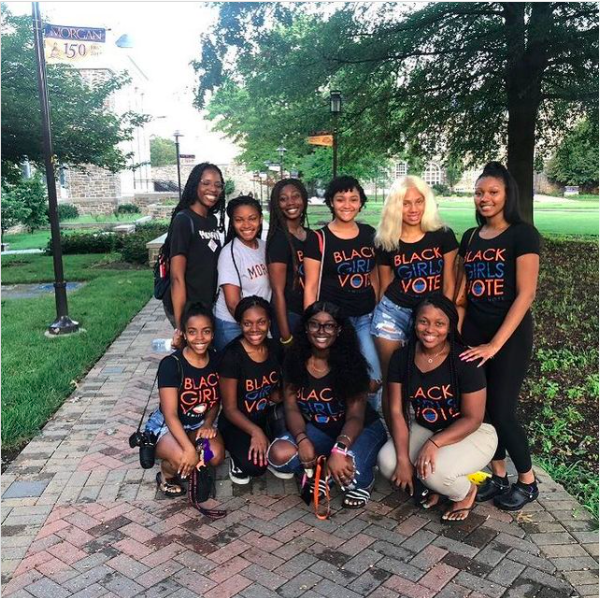 Our Morgan State Chapter is three years in and going strong! As one of the leading collegiate chapters devoted to community service and civic engagement, MSU BGV continues to show up and show out. In November of 2020, chapter members exercised their First Amendment right by using their voice to advocate for equitable funding for Maryland’s Historically Black Colleges and Universities at the HBCU Call to Action Rally in Annapolis, MD. While COVID-19 has presented challenges, MSU BGV members have remained committed in their organizing efforts to get Baltimore residents registered to vote and educate the community about the importance of activating your voice. They are empowering younger generations through their volunteer work at local schools, such as Abbottston Elementary School. Additionally,they have partnered with local organizations such as #HashtagLunchbag Baltimore to provide lunches to people in need. MSU BGV is dedicated to educating their campus community and enriching the entire Baltimore community as a whole. We are so proud of what you are doing and will continue to do beyond graduation! We recognize your light and uplift your work, as we pass the torch to you: the next generation. 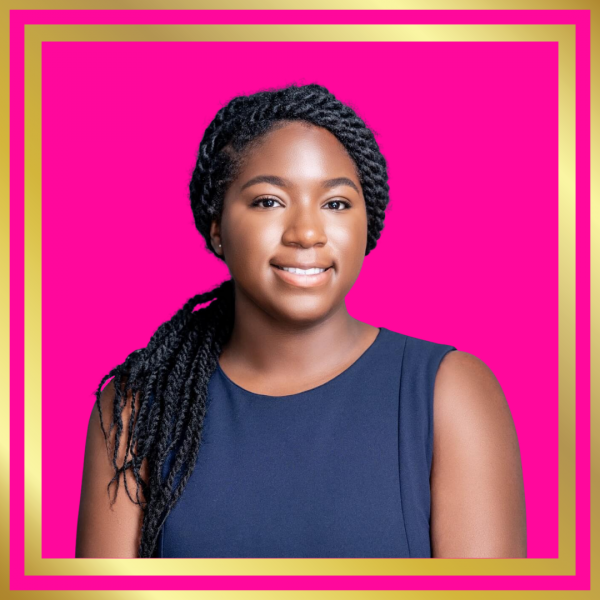 We are so thrilled to announce that our very own, Jazmine Grant, has earned the prestigious Goldwater scholarship! From an estimated pool of about 5,000 applicants, Jazmine was one of 410 recipients for 2021-2022 selected and is the third student ever to receive this award at Howard University. Less than 10% of all STEM researchers are chosen for this award. Jazmine was chosen based on her work as an undergraduate biology major looking to pursue an MD/PhD in anesthesiology and pharmacology. She hopes to do research through her career that will increase knowledge about chronic pain and drugs of abuse, in order to properly address low-income communities and communities of color. When asked about what this award means to her, she said, “In this current climate, it is imperative that we highlight and award Black and HBCU scholars like myself as it will help us pave the way for future generations. I am so grateful for the Howard University Goldwater Scholars that came before me, and I hope to continue this trend of Black and HBCU Goldwater Scholars in the future.” Jazmine, your friends at BGV are so proud that you are getting recognized for your exemplary work! You are truly Black girl excellence in action. HU! You Know!

Since the pandemic began, about 493,000 women are no longer a part of the workforce. Black Girls Vote wants to do our part in getting women back in the workplace by providing these job announcements, for current listings.