Black Girls Vote Joins Michelle Obama, When We All Vote and 30 More Organizations in Fight For Our Vote Pledge Ahead of Midterms 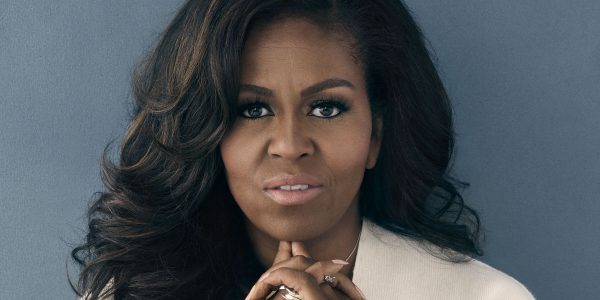 (WASHINGTON, DC): Dozens of the country’s most prominent civil and voting rights organizations are banding together to organize and turn out voters in the 2022 midterm elections and fight against voter suppression. Black Girls Vote joined When We All Vote in bringing together 31 organizations representing millions of Americans to pledge to recruit and train 100,000 volunteers, register more than one million new voters, organize at least 100,000 Americans to contact their Senators to fight for federal voting rights legislation and more.

The organizations announced the commitment in an advertisement titled “Fight For Our Vote” in the New York Times one year after the January 6th insurrection, where white supremacists rioted at the U.S. Capitol in a violent attack on American democracy. Since then, state lawmakers have proposed more than 500 anti-voter bills seeking to silence Black, Brown, working class and young voters, and voters with disabilities, which many of these organizations represent.

“Nationally, Black women have registered and voted at higher rates than their male counterparts in every election since 1998. Black women consistently turnout and show up for elections. I led the Party at the Mailbox campaign in Georgia, Pennsylvania, Michigan, Maryland, and in 2021, Virginia; one of the first COVID-proof voter education and engagement activations in the nation.We delivered thousands of voter education boxes to each location to encourage constituents to get educated, get registered, and vote. Those who came before us prepared us for today. We’ve seen this before thanks to our legacy of fighting on the frontlines – from our great-grandmothers to our grandmothers to our mothers and generations of Black women before us who organized and sacrificed. It’s time that our hard work and sacrifice start to benefit us, and the Black women we will pass the torch to tomorrow,” said Nykidra Robinson, Founder & Chief Executive Officer of Black Girls Vote.

“In 2020, we saw record voter turnout, especially among voters of color and young people, because of the work of these leading organizations. Now, a small group of elected officials fixated on maintaining their waning political power have purposely put up barriers to make it harder for some Americans to vote, jeopardizing our democracy. We will not back down. We are organizing and are preparing to fight day in and day out in 2022. And that fight starts with our collective effort to press Congress to do the right thing and pass critical voting rights legislation to protect voters and their access to the ballot box,” said Stephanie L. Young, Executive Director of When We All Vote.

The pledge also calls on corporations, the faith community, state-based voting rights organizations and nonprofit organizations to join When We All Vote, Mrs. Obama and the signatories in pledging their own commitments to voting rights, voter registration and voter turnout in 2022.

View the pledge and full list of commitments here.

ABOUT When We All Vote:

When We All Vote, an initiative of Civic Nation, is a leading national, nonpartisan initiative on a mission to change the culture around voting and to increase participation in each and every election by helping to close the race and age gap. Created by Michelle Obama, When We All Vote brings together individuals, institutions, brands, and organizations to register new voters across the country and advance civic education for the entire family and voters of every age to build an informed and engaged electorate for today and generations to come. We empower our supporters and volunteers to take action through voting, advocating for their rights, and holding their elected officials accountable.

In 2020, When We All Vote ran a robust, multifaceted campaign and reached more than 100 million people to educate them about the voting process and get them registered and ready to vote. The initiative also led in voter education, registration, and volunteer engagement and as a result, 512,000 people started or completed the voter registration process, and nearly 500 media, corporate, and nonprofit partners joined its efforts.