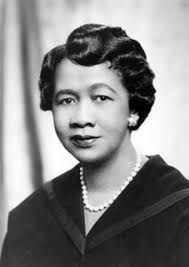 “I have been in the proximity of, and threatened by, the Klan; I have been called everything people of color are called; I have been denied admission because of a quota. I’ve had all of that, but I’ve also learned that getting bitter is not the way.”  – Dorothy Height

As a civil rights and women’s rights activist who worked tirelessly to improve circumstances and opportunities for African-American women, Dorothy Height’s work was closely aligned with BGV. She was a leader in addressing the rights of both women and African Americans as the president of the National Council of Negro Women. In the 1990s, she drew young people into her cause in the war against drugs, illiteracy and unemployment. The numerous honors bestowed upon her include the Presidential Medal of Freedom (1994) and the Congressional Gold Medal (2004). She died on April 20, 2010, in Washington, D.C.

BGV seeks to honor Dorothy Height’s legacy by making her our first “SHERO” as she is a mentor to all Black Girls who understand the importance of having a voice and allowing your voice to be heard.